The Santa Margarita Gun Club puts on a great venue for shooters from all over Southern California and beyond to enjoy. Of course after each shot sent down range we all expect to see a spotter, scoring disc, and tape over the last well placed shot. This wouldn’t happen without members pitching in to refurbish and replenish the supplies and targets we all shoot on. Today was such a day where members volunteered to give up a Saturday morning for the benefit of all participants. It was a “Making Lemonade Day” as Mike Jones put it. Our match this weekend was canceled due to fire break maintenance going on in the impact zone area. With all the new growth we’ve seen on base this year I’m sure it’s a seriously big job to keep Camp Pendleton safe from wildfire. Thanks to all the guys who were out there today doing just that!

Today’s service entailed cleaning up the club CONEX boxes on R116A, stocking and cleaning the pit service cans, correcting overgrowth, and rebuilding the targets we use on Range 117A. None of this would have happened without much of the same organization and controls you’d see on a day the club was hosting a live fire event. Mike Jones had to schedule and get approved our time on the range. We had to have a medic on hand and Van Texas was gracious to provide his presence to cover this duty. A big thanks to Van for coming out and being prepared to help any of us if required! Thanks to Dave Ellis and Mike Jones for providing the tools and directing the activities to get the most of our time on the range.

We got started promptly at 09:00hrs per Mikes’ directive. I managed to waltz in fashionably late at 09:15 and escaped photographic evidence of the transgression by the skin of my teeth. We left Dan Shapiro and John Hermsen at the CONEX boxes to work on the pit service cans and clear out old material that no longer served the club. Dave Ellis struck out with resolve to tame the tenacious outgrowth of mustard plants with his landscaping gear and the remainder of us went to the the pits at 116A to begin work on the targetry

One of the highlights of the morning – We all got a chance to check out Gary’s new (to him) F250. This rig was a ‘barn find’ of Gary’s – a real time machine! It’s going to serve him well no doubt about it. 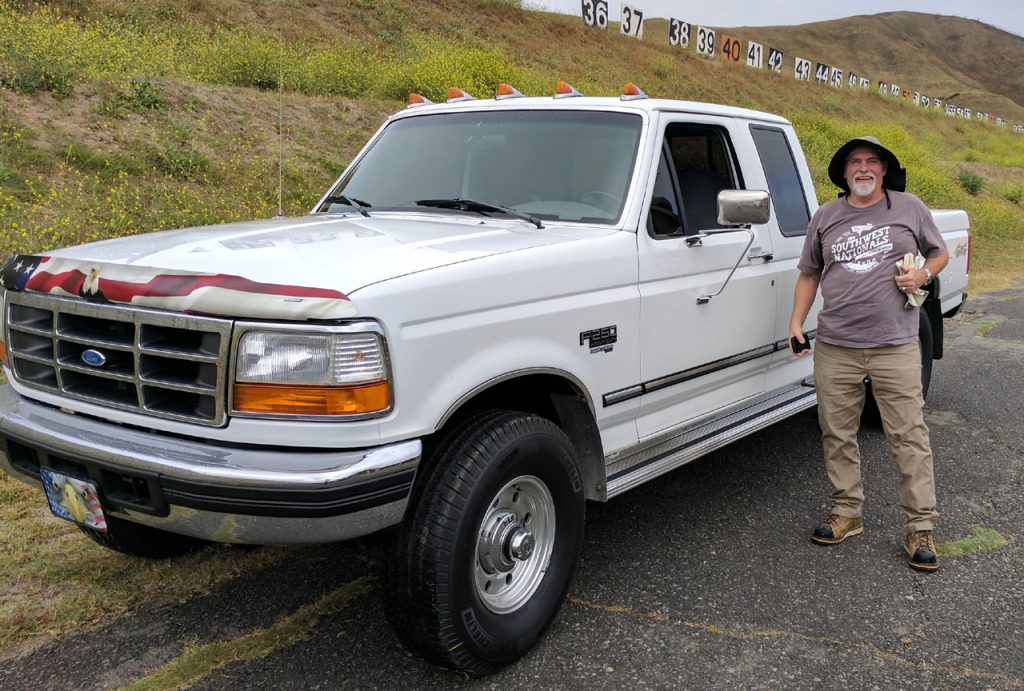 In rebuilding the targets, job one is to shuck the faces and then extricate the staples. Here Bill and Mike dig at the barnacle like staples while Gary mixes up the glue 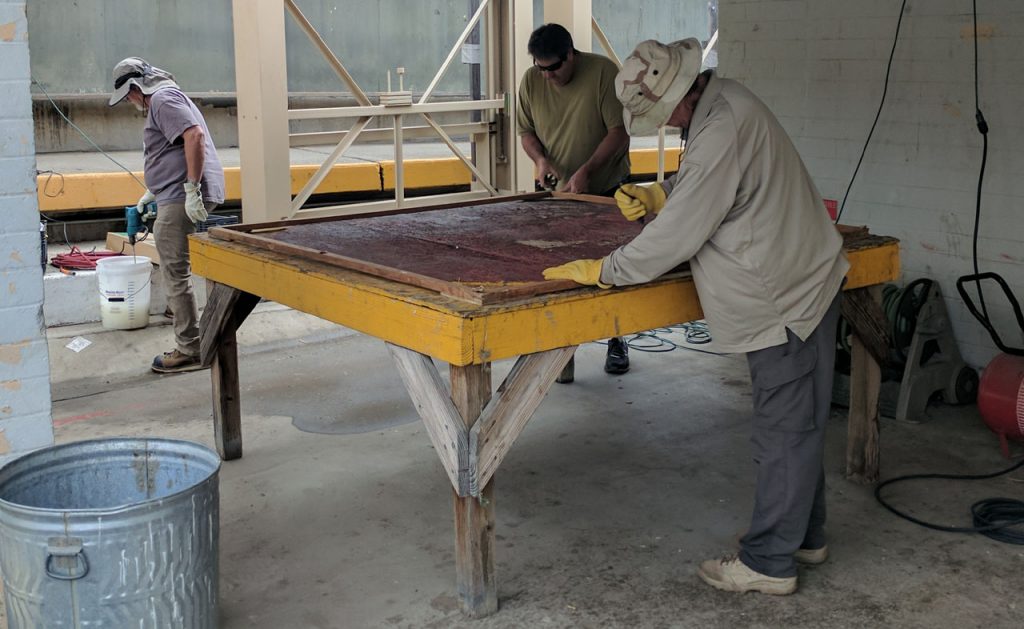 Here Mike Jones is giving Gary a lesson on the staple gun manual of arms. I can tell you that Gary’s eyes were glazed over right about now. The moment he heard ‘trigger’ he was done listening. 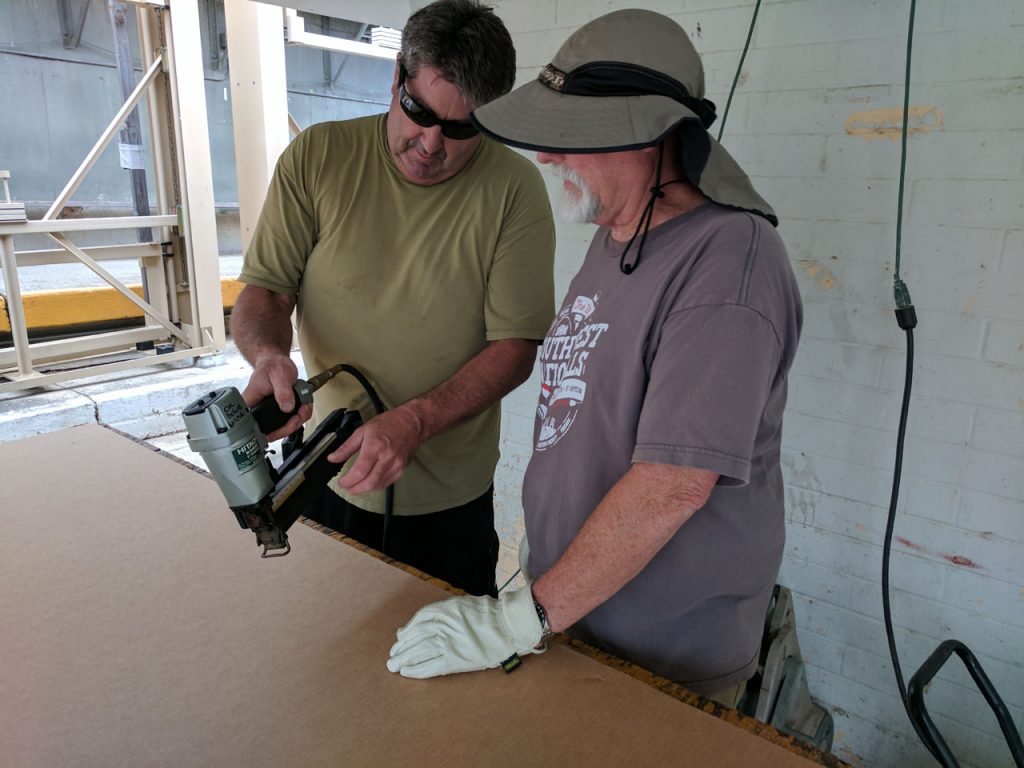 Gary completes a round of stapling until his gun is ‘all out’. John Hermsen is scoring, Marc Mittry is coaching. Mike Jones is at the ready with a reload. 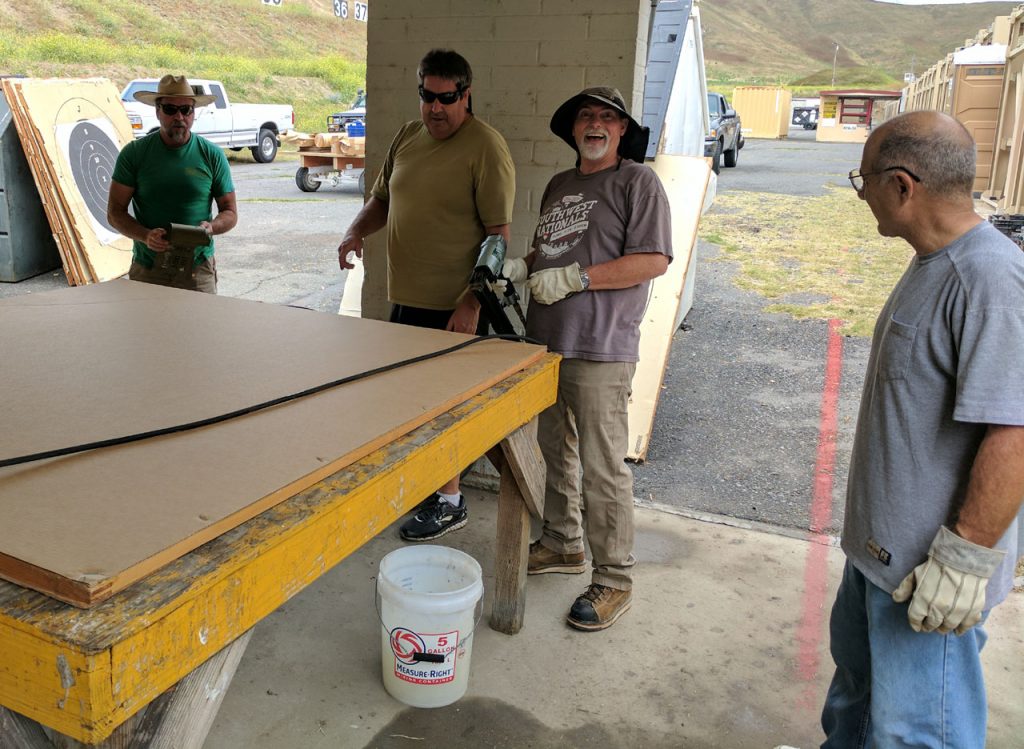 Here we are preparing the cardboard to take the target. Did I mention the targets are divided in quadrants? 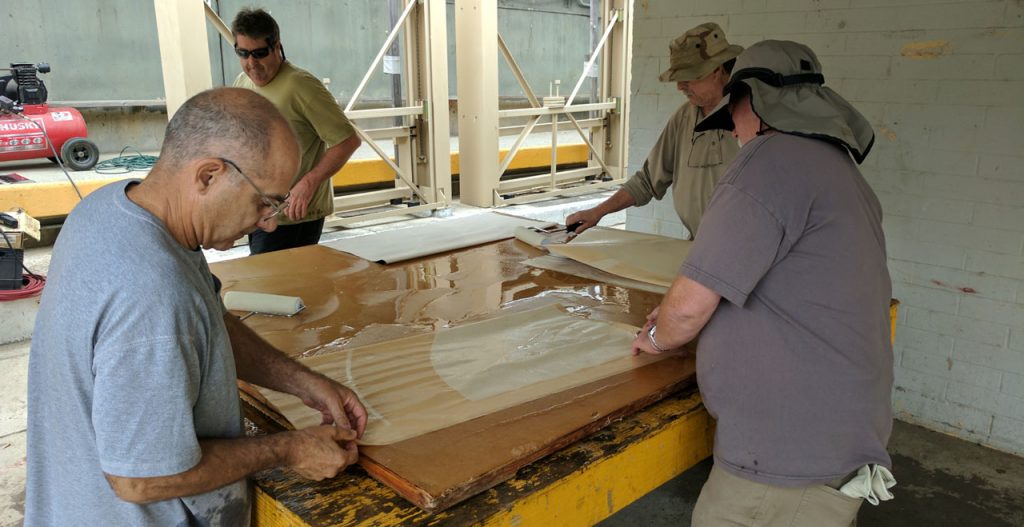 Clearly this takes some solid communication skills and a dose of luck. The four pieces of the target interleave and won’t tolerate a shift in order or misalignment. 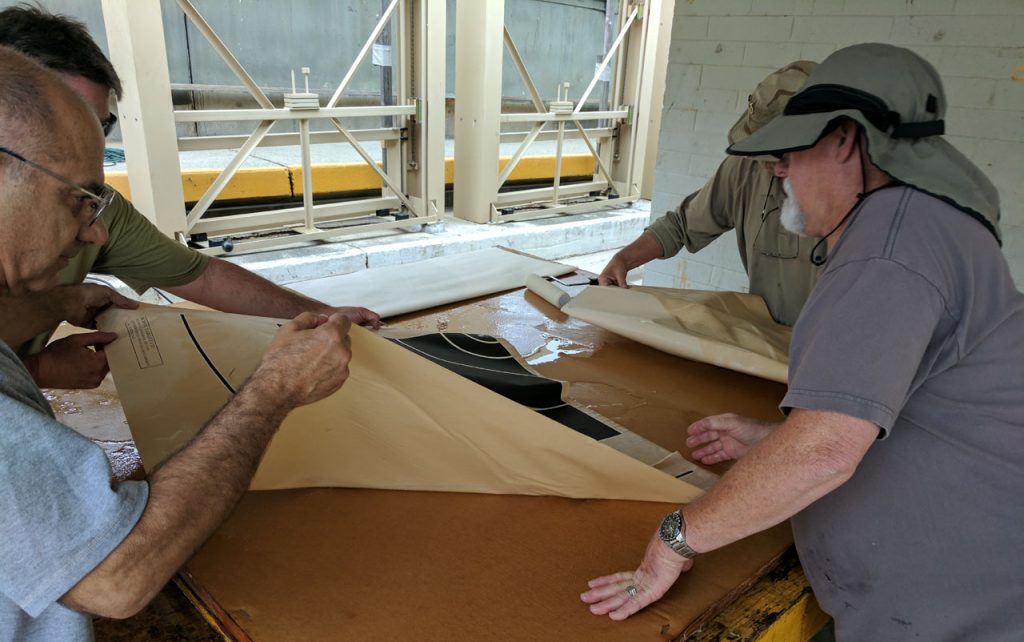 A good foundation is where it starts. The first corner is critical, and when done right  you can count on the rest of the job going well.

Careful alignment of the quadrants ensures a round and smoothly matched X ring. Marc Mittry was supervising to make sure the ring wasn’t any bigger than permitted. Apparently us F-Class Pukes can’t be trusted!

True to his word, Mike Jones oversees the final load out right at noon as promised. 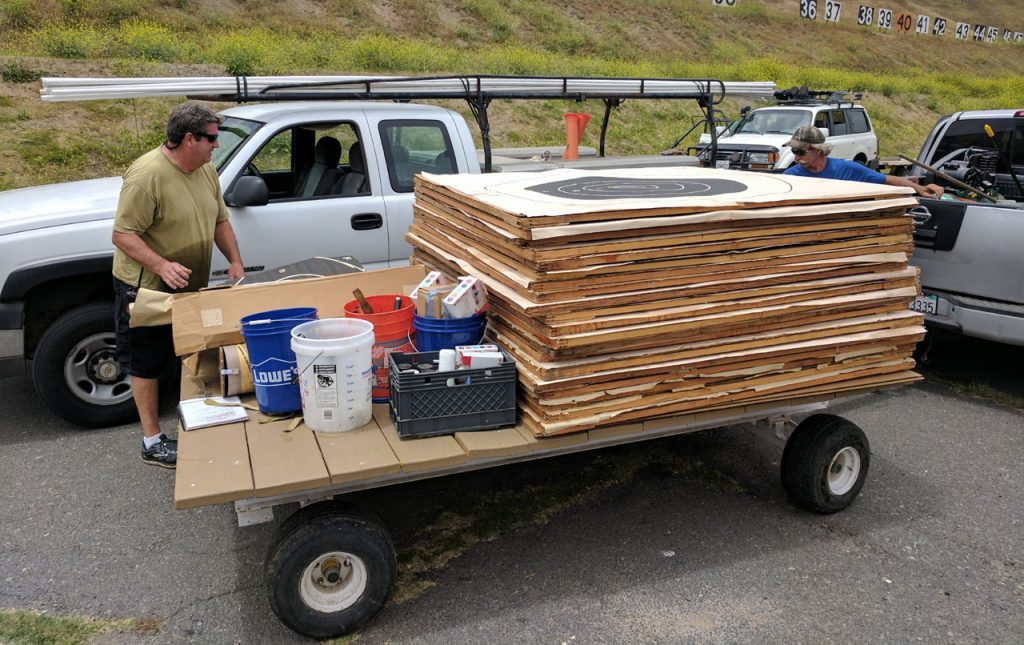 Thanks again to all who came out to help! I’m sure we’ll enjoy the fruit of our labor on the 25th/26th LR match.