On Sunday following the Mid-Range match we had a group of instructors from SOI-West join us for an Across the Course and MITT practice match. In total we had 10 Marines join us with Colonel Holt’s full support. Joining us were Major Bedle, GySgt Flynn, SSgt’s Gallagher and Zappone, Sgt’s Thomas, Castillo, Villafane, Cpl Horesky, and Pvt Crookson.

The private was the ammo driver for the day and had nothing else to do, so he shot my rifle with ammo donated by Dave Whitsitt of US Lapua. Thank you very much Dave we are starting to put that to work!

The Marines were shooting their M27s with new optics on them so had to collimate the optics in the morning and then zero the rifles at 200 yards. Once we got thru that evolution we proceeded with the regular XTC match. Getting them some experience and zero’s out to the 600 yard line with 62 grain green tip ammo. By the late afternoon I was seeing 68 inches of wind drift with the green tip ammo from the 600 yard line with my rifle.

Thanks to Van for being the Medic for us. It was great to be able to tell a group of Marines that their Medic for the day was a 22 year Navy veteran, 9 of those years served as a corpsman with the Marines and 2 tours of duty in Viet Nam! John Hermsen, Chris Birchard and Mike Jones divided up the RSO and OIC responsibilities for the day.

While the wind came up and provided the normal challenges on R103, at least that kept us from getting too hot.

So the great quote for the day:

[Ken Letwin speaking to Aaron Perkins] “I came here today to beat you by one point.”

Unfortunately Ken lost by a point or two, but it was game on for both of them. It was 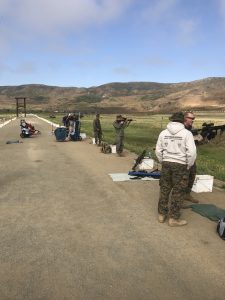 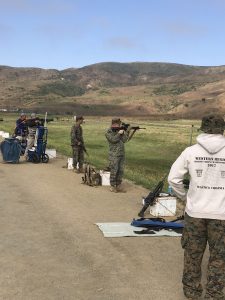 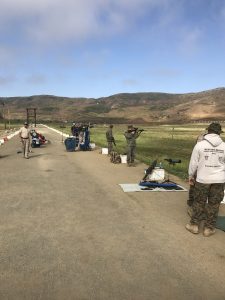 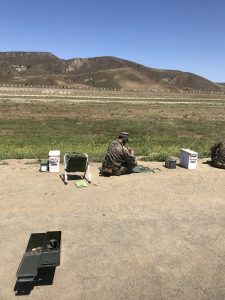 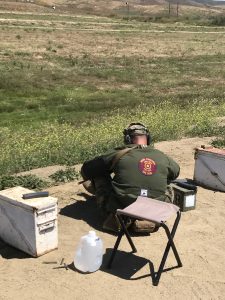 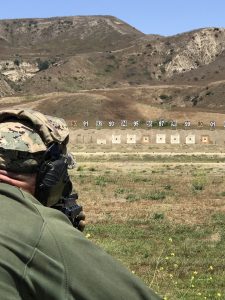 great to see the friendly competition and challenge thrown out to each of them.