High Power Rifle Competition refers to a format of competitive rifle shooting, and not a rifle type. 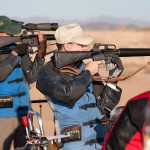 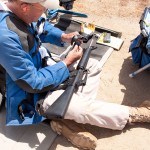 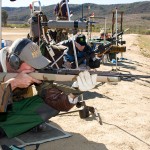 This course of fire is also known as the National Match Course of Fire (or NMC).

The fact that there are three distances in which the course of fire is shot at, has resulted in the nickname “Across the Course” (or XTC) to be used when referring to High Power Rifle competitions.

Most NRA Across the Course matches have either 50 rounds (50NMC) or 80 rounds (80NMC) with sighters for a whole XTC match. 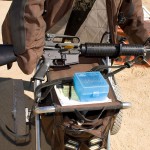 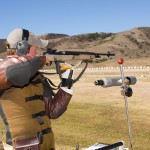 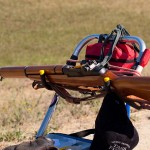 Service rifles must be configured in an external configuration very much similar to US Military service rifle configurations. For example, to use an AR-15 in High Power in the Service Rifle category, it would have to have a 20″ barrel with a carry handle rear sight and a A2 front sight..

Match Rifles (NRA Rule 3.3 – NRA Match Rifle) must use Iron Sights and are also referred to as “Any Other Rifle”. Match Rifle includes rifles that are disqualified as being Service Rifles, due to minor characteristic differences such as an aperture front sight instead of a post front sight. Match Rifles are pretty much every other rifle aside from the three types of Service Rifles.

Any/Tactical Rifles (NRA Rule 3.3.2 – NRA Any Sight Match Rifle/Tactical Rifle) are rifles which use optics (scopes) and also allow the use of magazines so they can also shoot the demanding Rapid Fire stages during the two different types of courses of fire (Regional or NMC).