This months Long Range Match took on a new format which gave shooters a day of 1000yd LR shooting at Range 117A and a day of 600yd MR shooting at range 116A. Unfortunately only a few days before the scheduled mid range 600yd match on July 29th the venue was canceled due to work being performed in the impact area. As the World Police and Fire Games were looming on the horizon (600/500/300yd matches) the Base and the Club took on the extra effort required to switch gears and get a day in for the mid range shooters on Range 116A.This was a good opportunity for many of us to try out or gear back-to-back on two different ranges. I personally had not shot on 116A so it was a new venue for me with new twists and challenges to experience.

First off, a big thanks to those who make these matches possible:

Of course Range 117A was up to it’s old tricks right off the bat. Wind flags of nearly any value and direction could be yours for the choosing. Just pick one and hum the Sesame Street tune “One of these things is not like the others…” 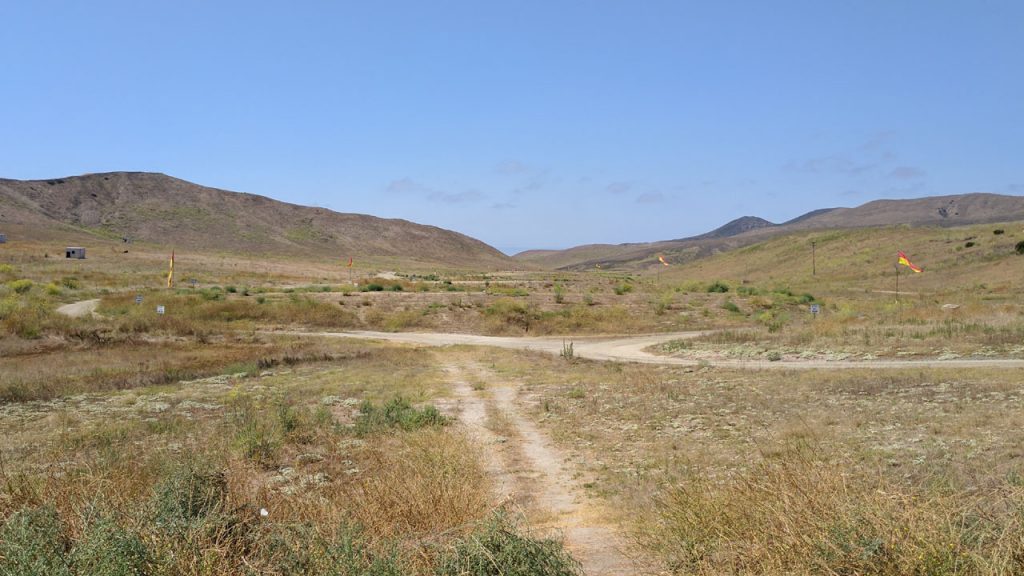 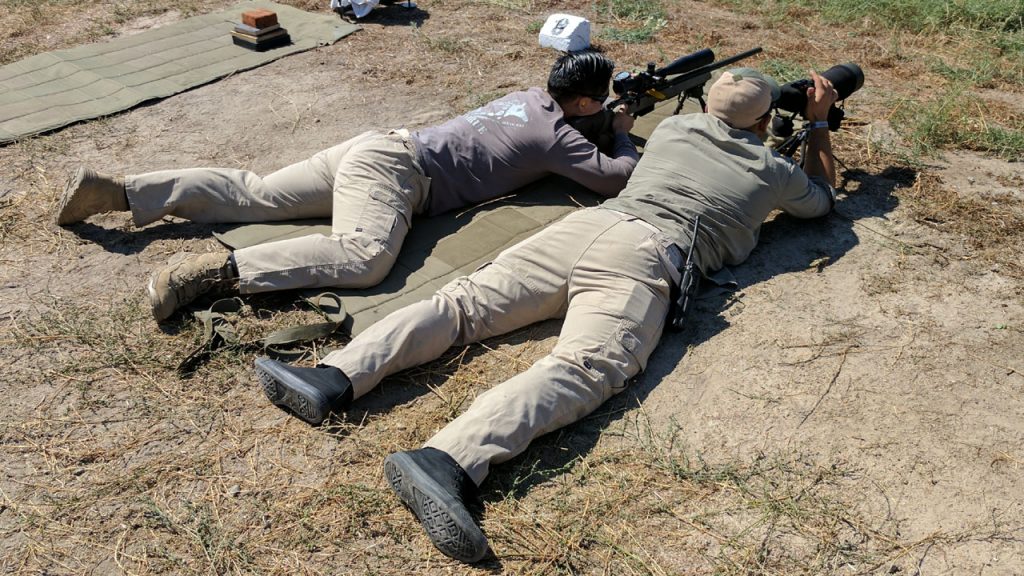 You’ll notice in this photo that nearly all the flags or pointing right-ish, well, except of course the one loan one pointing left half way down the range! 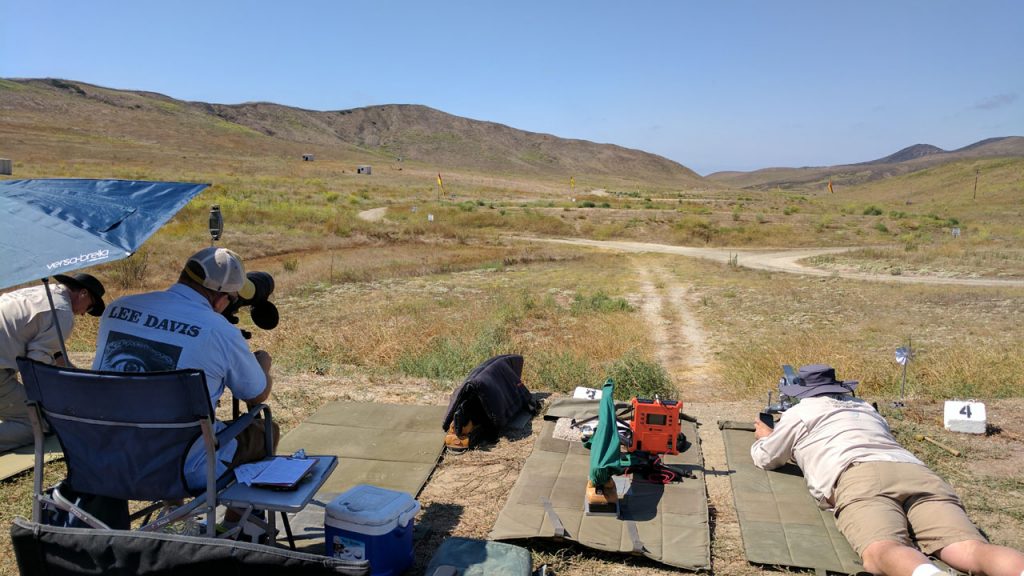 Harry Harrison our Club Vice President runs a shovel to fight back yet an other assault of mustard weed and scrub. This stuff incessantly makes the attempt to reclaim the 1000yd berm and needed another thrashing back. It was hot and humid at 10am and no picnic to swing a shovel at the offending brush. This man is clearly dedicated to the shooters of SMGC! 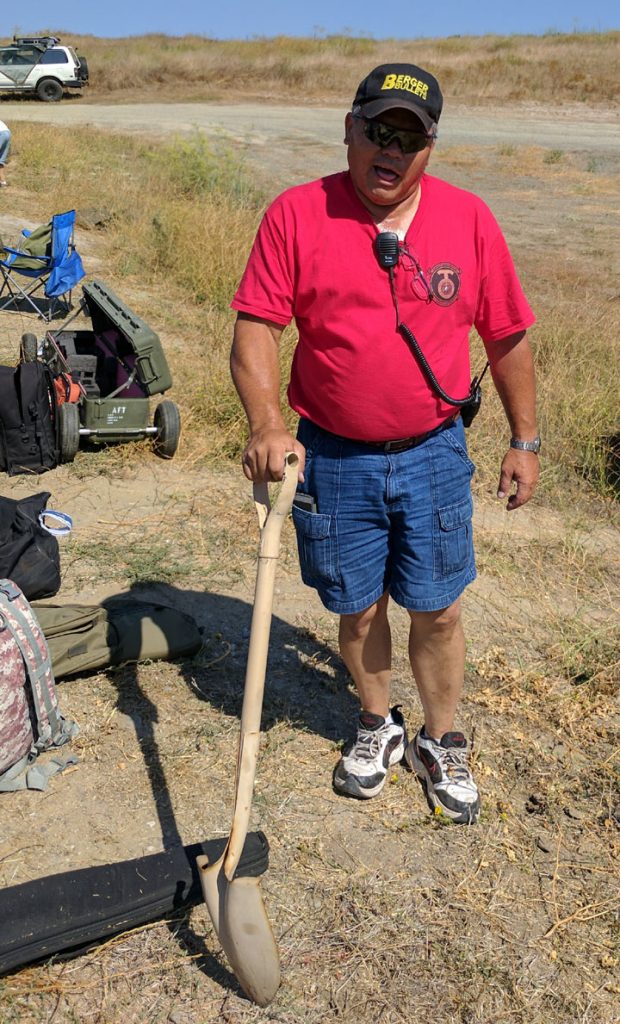 Meanwhile the flags decide to point at each other, laying blame on each other for the misdirection of the projectiles flying past. 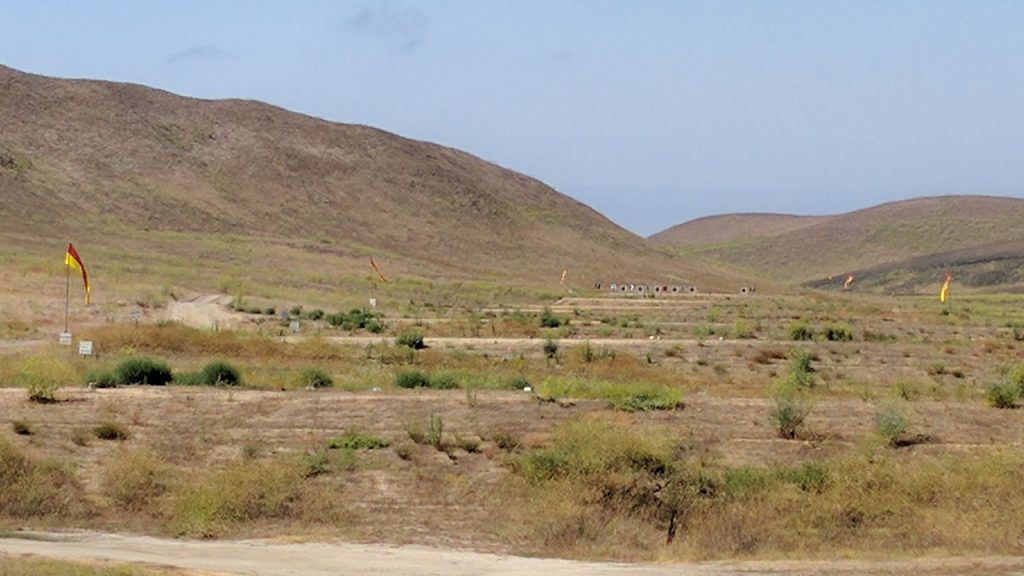 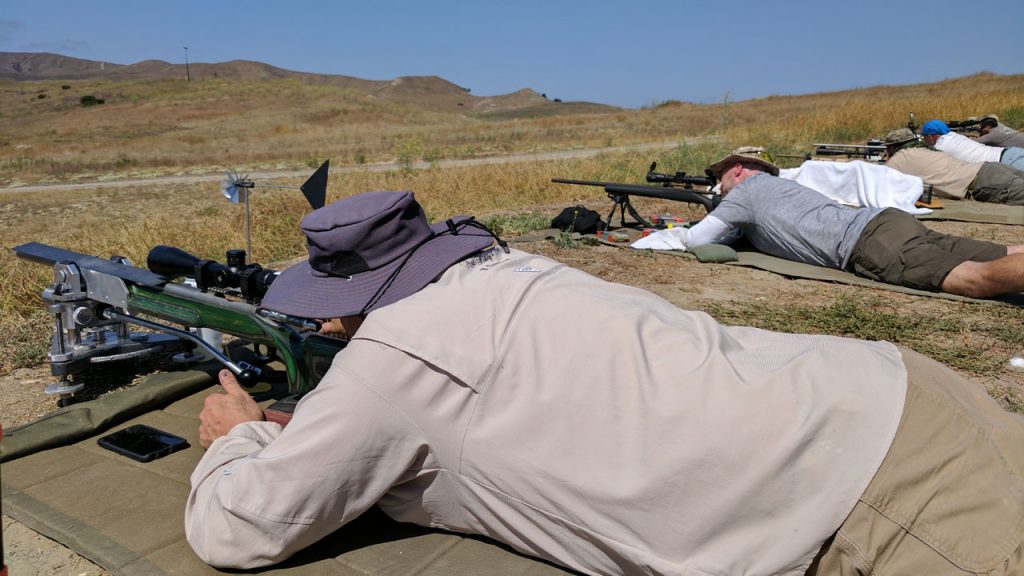 Here’s an unusual sight, Duane shooting a T/R gun on an Open rest. His Open class rifle is still benched due to caliber restrictions so like many of the Open Class shooters he’s learned to adapt. 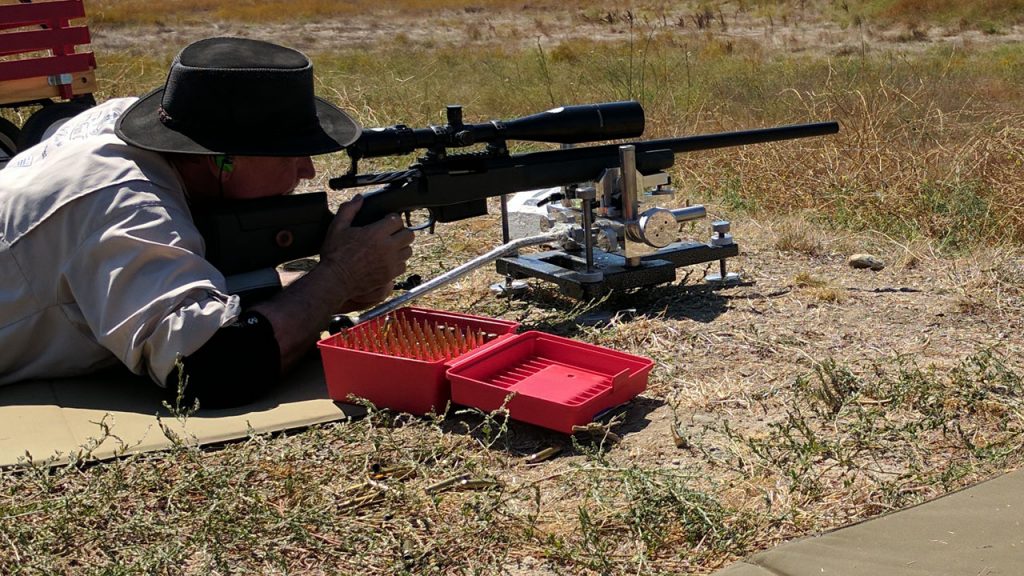 Today was the first test of my new rifle. While it looks very much the same as my last rig, you’ll note the new Barnard Model P action mated to the Brux 32″ barrel. What a pleasure to shoot! 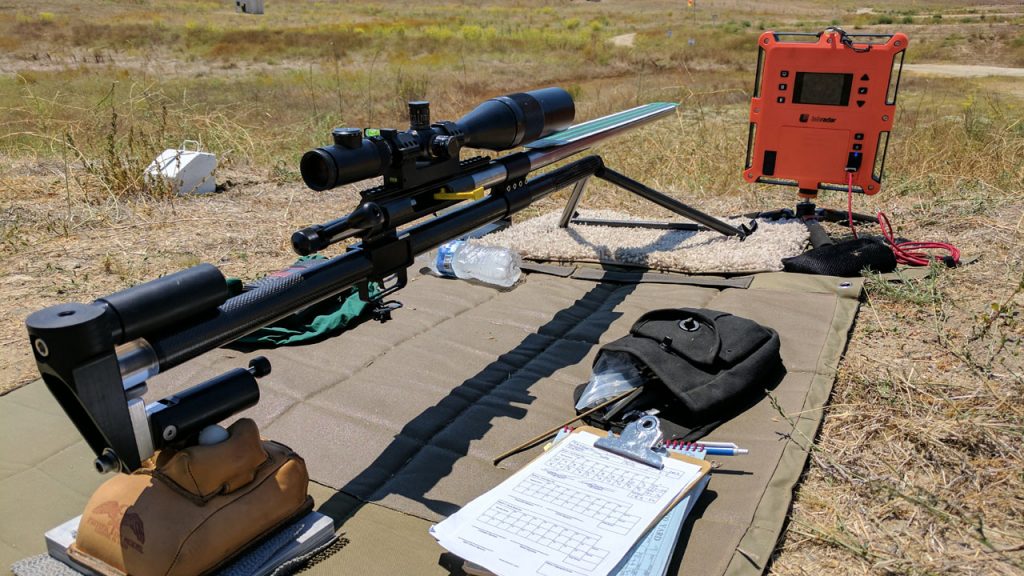 For sure the most common flag condition we see at the 1000yd line is exemplified below. The dreaded fishtailing headwind. Believe it or not a fair number of our T/R guys are doing very well with 5.56 chambered rifles on 117A 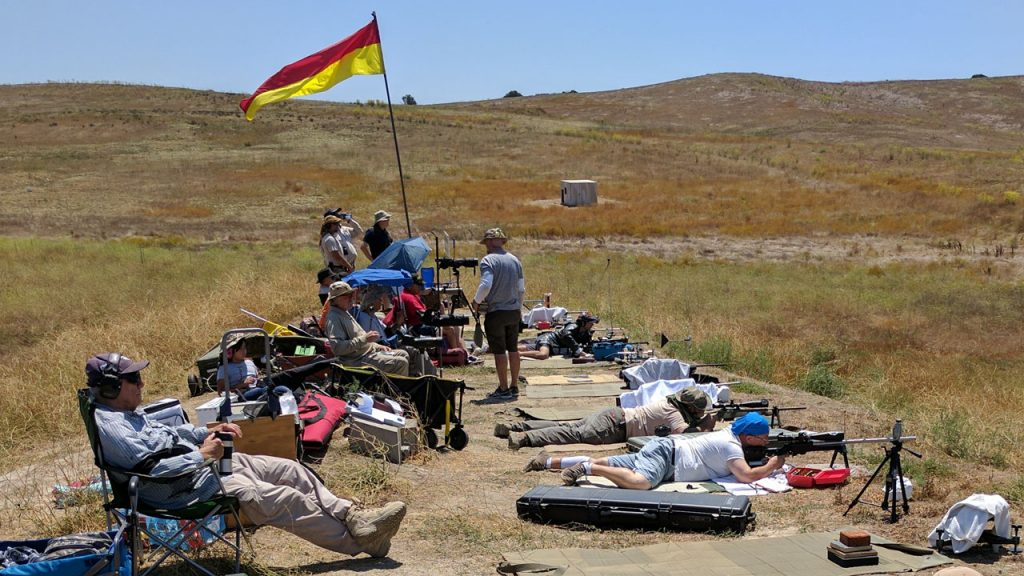 Here Januz Dabrowski lays down a fine score for the little 90 grain pills he’s sending down range. Hmmm, my projectiles way over twice as much and he beat me by 8 points and four X ring hits. These guys might be on to something! 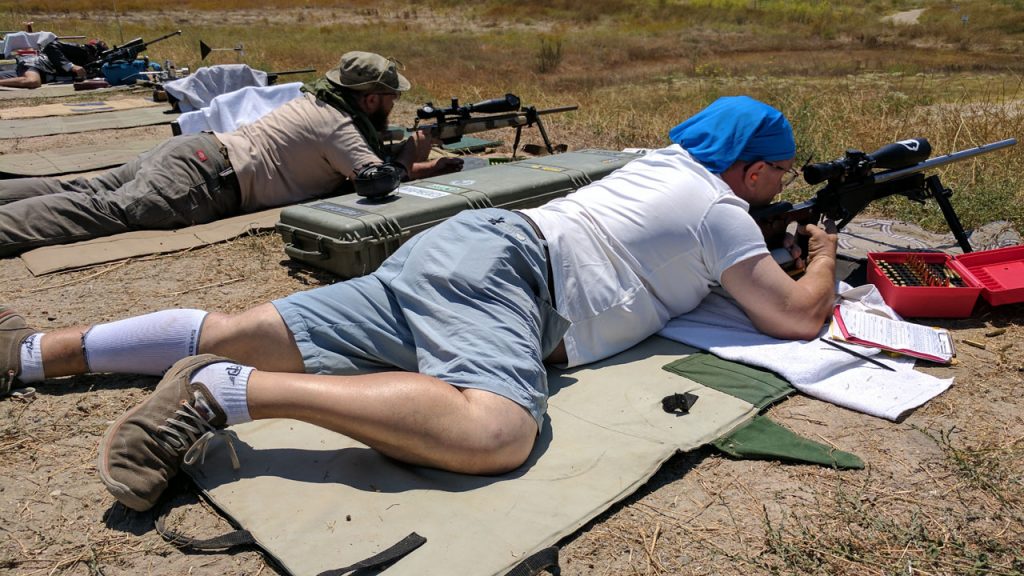 Of course Marc Mittry once again laid waste to the top F-Class score with his Match Rifle and his Sling. Way to shoot Marc! 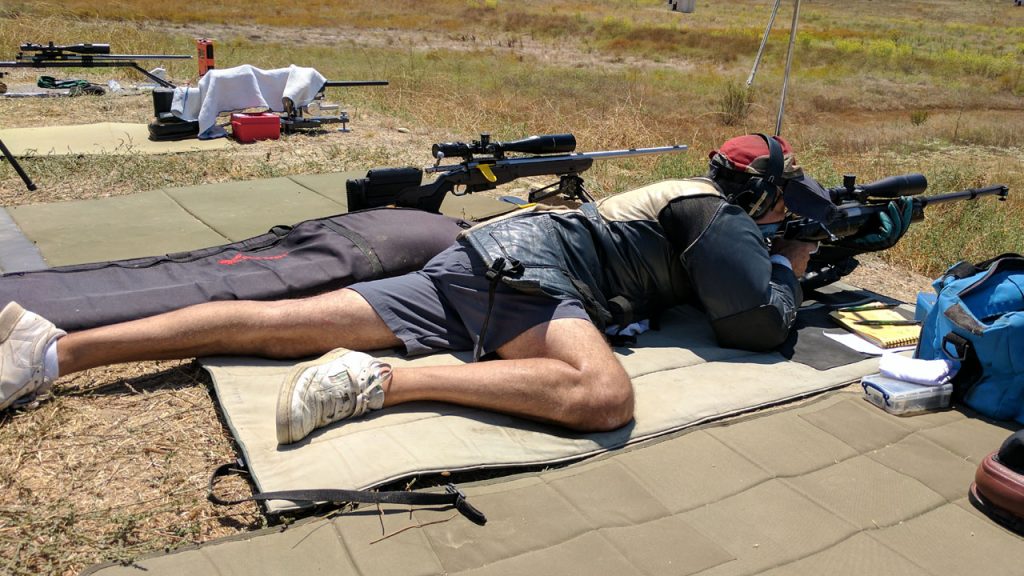 Lee Davis puts on a good show too, keeping his cool behind the rifle as well as off the line. Lee won the F class match for the day, congratulations! 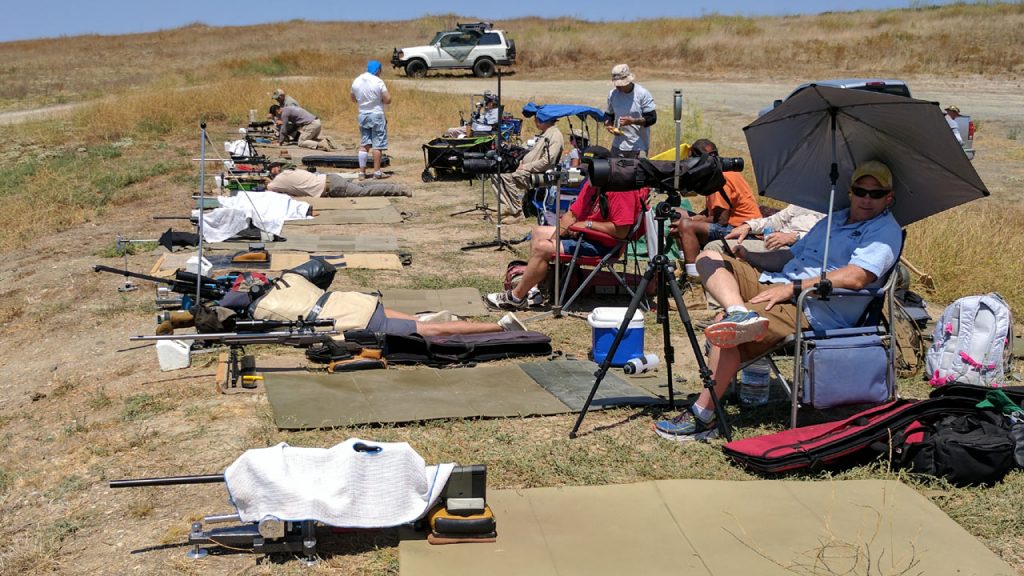 The big wigs of the club confer on a number of things. Without these guys the next match just wouldn’t come to be. Thanks for all the hard work you guys put into making these matches come together! 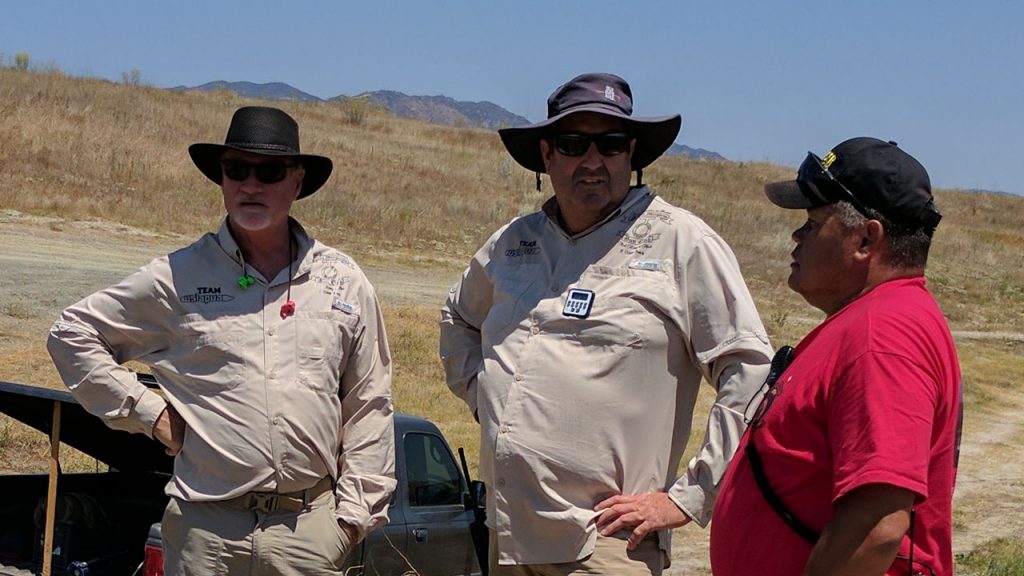 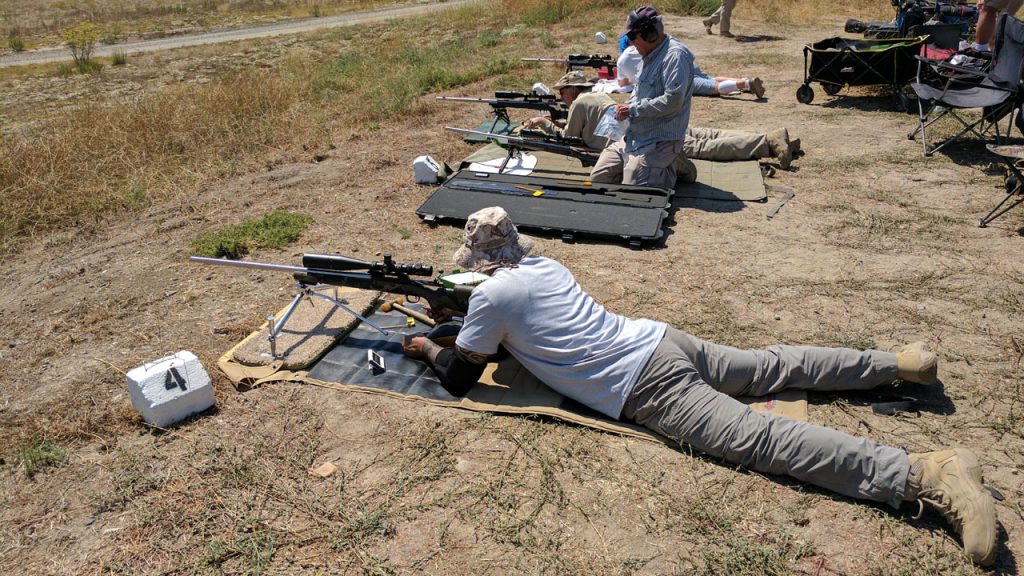 Harry, Lee, and Duane put in a little practice for a team match to round the day out. 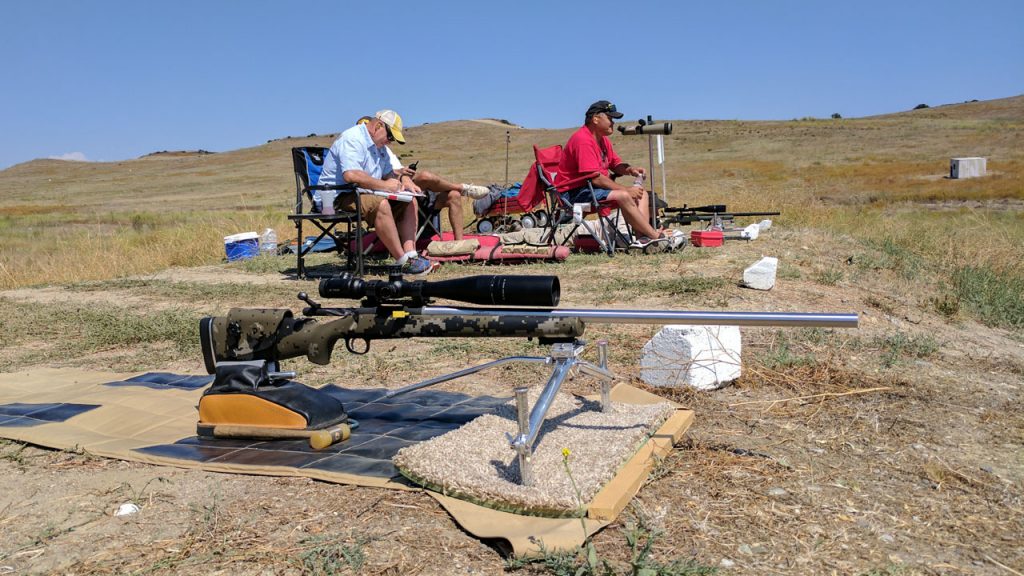 And now for the scores!

The occupation of the range on day two of our event was unusually easy when compared to the logistical complexities of shooting on Range 117A.  We could just pull up, park, and upon receiving permission to occupy the range walk our gear to our firing positions. Even range setup was simplified as flag poles are permanent fixtures here. To put icing on the cake, it was overcast and cooler than the wholesale baking we got on 117A birght and early the morning before! I’d like to take the time to thank Paul Guy, Steven Smyth, and Mike Nyes for being our medical staff on hand today. We sure had that base covered with these guys on deck. Thanks also go out to Harry Harrison for organizing the match along with Mike Jones and John Hermsen. 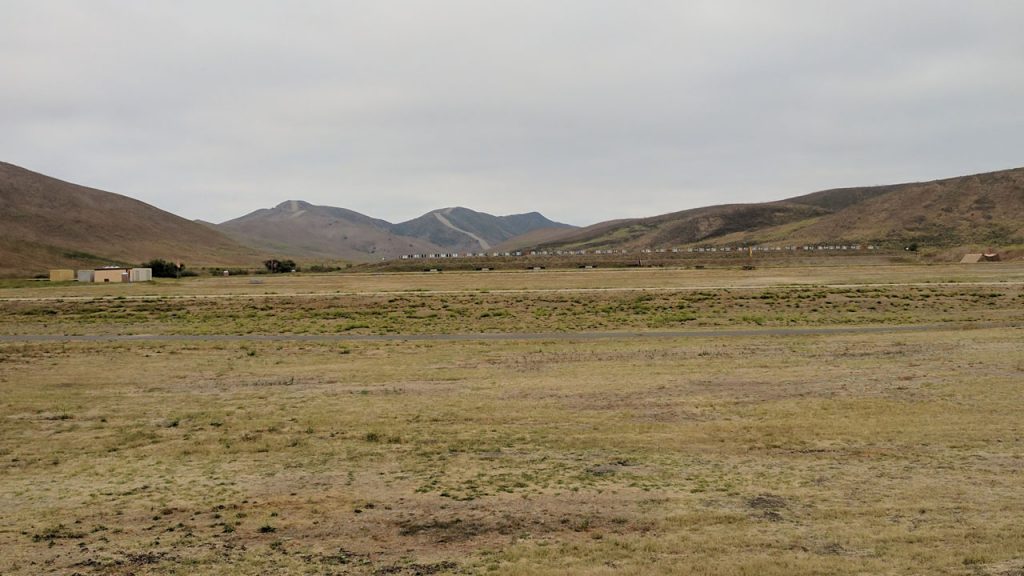 Of course in his usual fanfare Gary Atkinson welcomes us to the range. 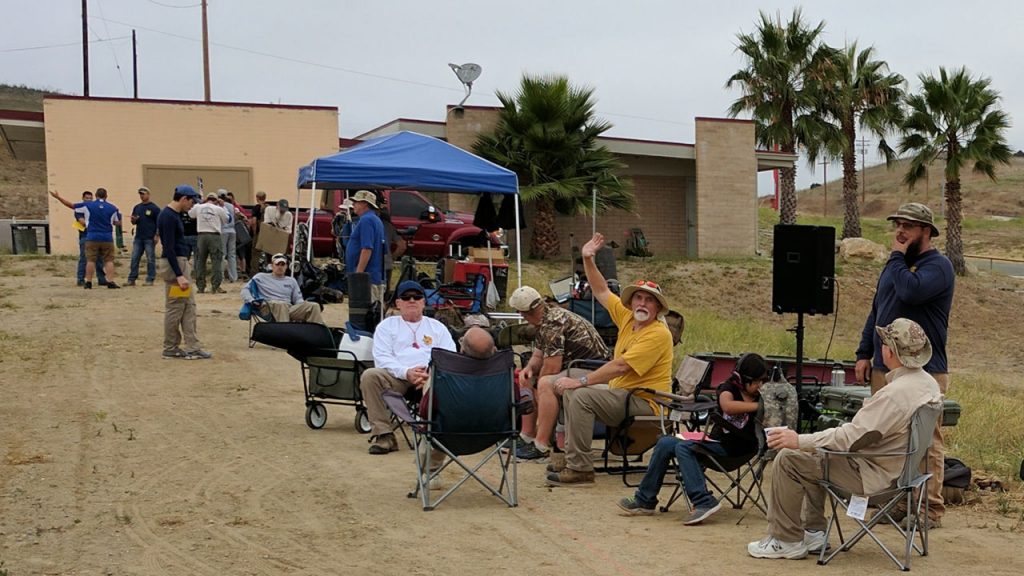 Our target pullers for the day got a primer on Harry’s new scorecard-like shot value ladder. 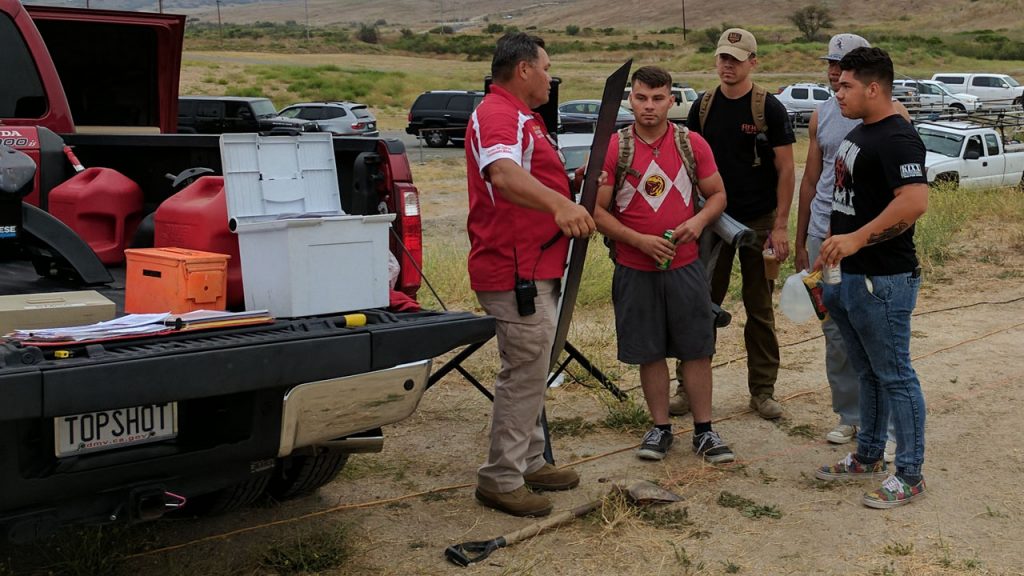 And with everyone in place firing commenced. Not wanting to be left out, the sun came out and joined us as well. 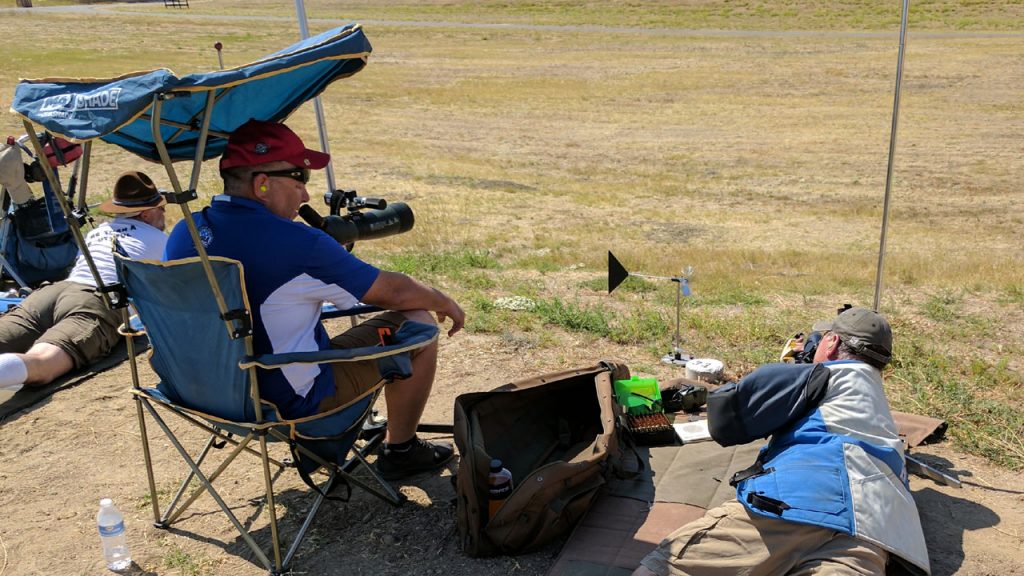 Out on the line you can see we’ve got a nice wide shooting berm and all the aggressive scrub of 117A is missing. It was a nice change for sure! 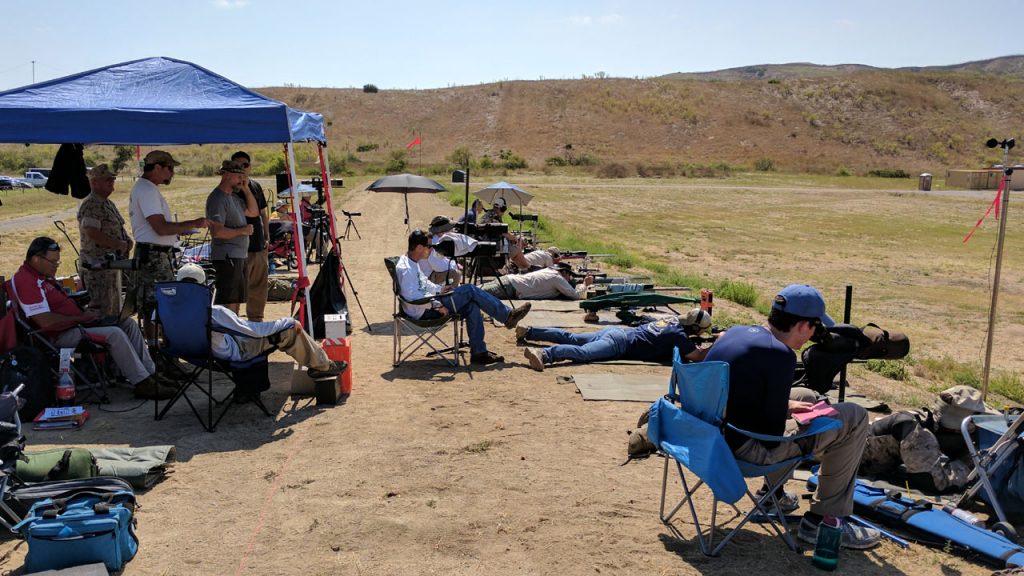 Some of our local World Police and Fire games athletes take advantage of the 600yd practice, best of luck next week guys! 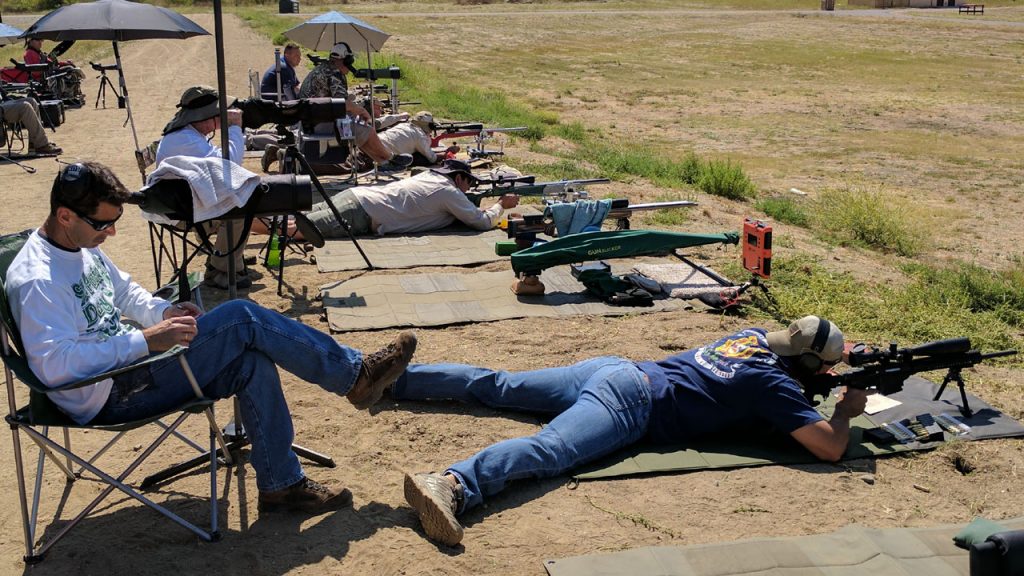 Range 116A still shares some characteristics of it’s sister range over the hill at 117A, wind will funnel up towards you and give you a good reason to watch both the middle-of-the-range flag and the side range flags 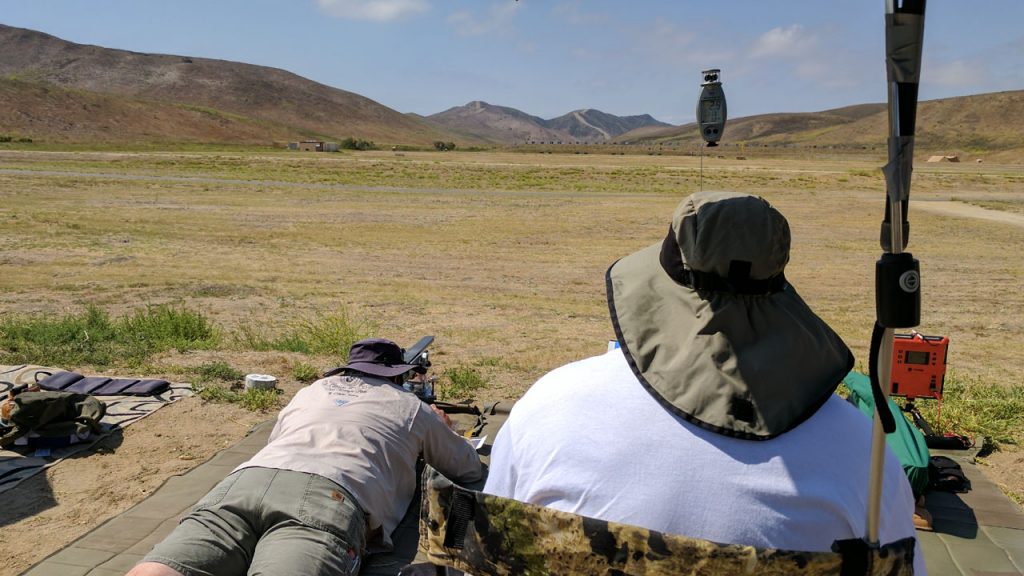 As you can see in the next few photos we had good participation with plenty of competitors on hand to give the 600yd targets the club recently refurbished some good face time with our muzzles! 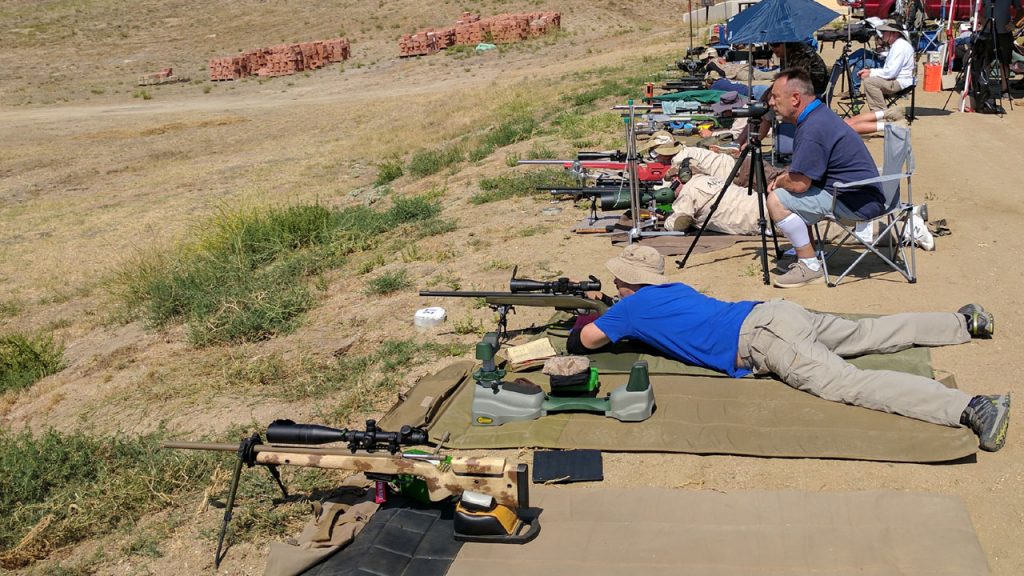 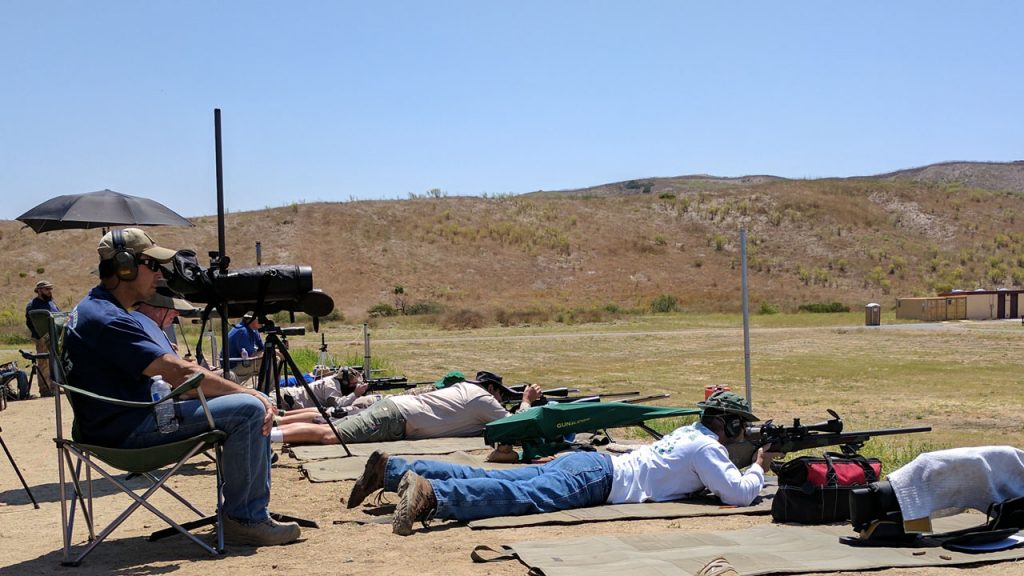 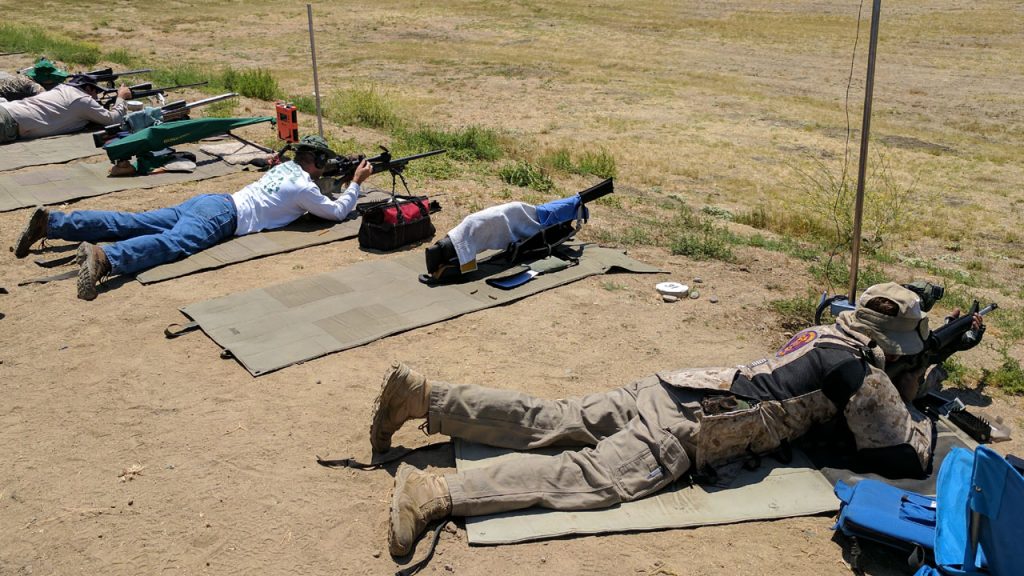 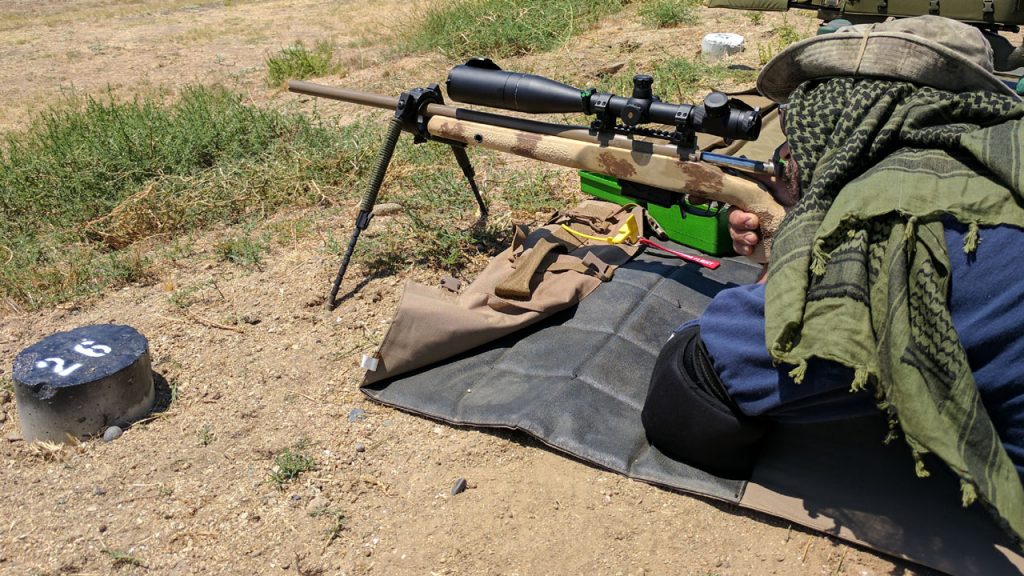 Near the end of the match we had a chance visit by the Commanding and Executive Officers of the 4th Raider Battalion. They were excited to see that we had both civilian and military participation in our event. John Hermsen’s invitation to bring some of their soldiers out to our next match was well received and we look forward to shooting along side of them next time we’re out. In the photo below John is demonstrating a new aiming device both Mike Jones and himself have been working on. 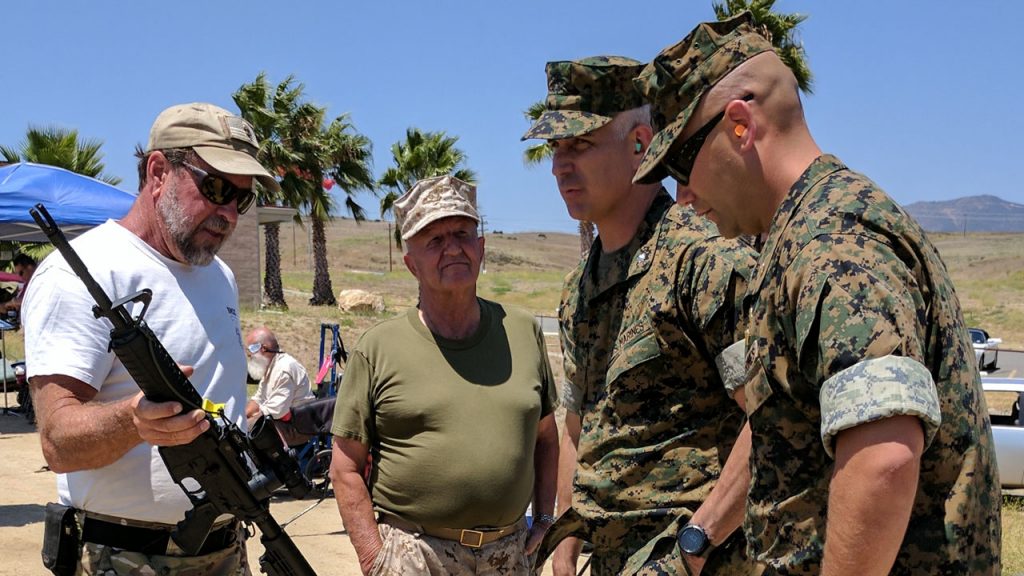 And now for the scores:

See you guys next time!